How to navigate the popular platform during its time of instability.

This article was originally published in Street Fight.

Over the decade and a half since the popular social media platform debuted, Twitter has gained an enormous, international following, clocking over 330 million monthly active users, innumerable brands, and $5 billion dollars in annual revenue. The platform has such great reach and delivers information with such immediacy that it has been embraced by everyone from activists to celebrities to the world’s most lucrative brands. But once investor Elon Musk, the world’s richest person, took over in November 2022, things haven’t been so rosy. Twitter laid off nearly half of its 7,500 employees, employees walked out, and the loss of critical engineering staff threw the platform’s survival into question. Also concerning is the rise in hate speech and the return of previously banned accounts on Twitter.

A litany of predictions and conflicting announcements about revised operations and new charges for previously free services have followed Musk’s acquisition of Twitter, but no significant permanent changes have come to the platform’s pricing and function yet. Users keep discussing whether to abandon the platform for a new one, but what should businesses do? Many companies use Twitter to create brand awareness and reach customers, so should they leave Twitter or wait to see what happens?

Budget, goals, and brand standards dictate how much to spend on Twitter

Whether you want to continue spending ad dollars on Twitter depends on a few factors, including your total advertising budget, overall goals, and, most importantly, your legal and brand standards.

Budget: If your business has a large advertising budget, you can shift dollars around and still maintain a presence on Twitter. Although Twitter has seen a decrease in participation, your dollars can still reach some of its millions of daily users. If your advertising budgets are small and you are more risk averse, it could be worth moving funds elsewhere.

Goals: Are your advertising goals clicks, brand awareness, or video views? If your business is looking for exposure, views, and website clicks, you can still find them on Twitter. But if you want to champion social justice or to get the most bang out of your buck, it might be time to switch platforms. There are numerous benefits and drawbacks to aligning with current social issues on social media.

Brand standards: This is important because companies who are leaving Twitter are doing so because of Elon Musk’s controversial views, his own Twitter account posts, and fear that the platform will become an unsupervised Wild West. If your brand has high legal compliance standards and wants to avoid controversy, it might be time to step back from Twitter, at least partially. This is especially important for franchisees who must align with corporate brand guidelines. If your brand thrives on the attention that can come from courting controversy itself through its questionable tweets, Twitter may be a highly charged enough environment for that approach.

Unless you are ready to completely leave the platform before seeing how Musk’s controversy plays out, you should continue to post organically on Twitter. It’s wise to stay away from controversy and avoid arguments, especially those that are offensive to certain groups or lean to the very far left or right.

Millions of people still use Twitter for day-to-day news, stories, and updates, which means your brand can still capture attention organically among the non-controversial set. If your business has a Twitter page, don’t let it go dark. If you feel strongly that your business should be among the first wave of those fleeing the platform, then shift your organic strategy and focus on another social media platform.

If you stay on Twitter, it is more important than ever to closely monitor your page to make sure your business doesn’t inadvertently get ensnared in controversy. Shut down misconstrued and inaccurate representations immediately by maintaining a strong presence and responding to tweets and comments quickly.

When you’re ready to change your strategy

If you’re ready to leave Twitter, investigate your options. TikTok has skyrocketed in popularity for many businesses over the last few years and continues to see increasing ad spend. TikTok offers a wide age range and demographic for businesses to reach, but it’s not apples to apples in comparison to Twitter.

Look at what your competitors are doing. Are they still on Twitter? Have they moved to newer, popular platforms? If you’re moving advertising funds around, it’s important to take it slow and watch your results closely. This is the time to pivot as needed rather than make sweeping strategy changes without monitoring.

Your business has likely been advertising on multiple platforms already, including Twitter. Look at your analytics for Meta, TikTok, YouTube, LinkedIn, and other social networks to see where you are performing well.

Speak to an advertising expert if you would like to dive into a new paid media tactic that you don’t know much about, whether it be social advertising, brand awareness through display advertising, paid search clicks through Google, or the increasingly popular digital out of home advertising.

People are unhappy with Elon Musk because of his personal Tweets and lack of a filter. You can argue for free speech if you want, but when you are running or associated with a business, there is a moral code of conduct to follow, and you should refrain from offensive or divisive posting. It is best to ignore and report. We don’t yet know how Twitter’s drastically decreasing employee count will affect how responsive they will be to reports of hateful content, but their existing policies have not changed as of now.

No one knows what will happen with Twitter. Even though Elon Musk says he hates advertising and seemingly thrives off controversy, running a social platform as big as Twitter may soften that absolutist stance in the interest of good business practice and making money. Twitter is an advertising giant and a moneymaker, and if Musk continues to undermine community and brand standards, the company could continue losing $4 million a day and head into bankruptcy.

Musk may get smart and pull back the reins to settle on common ground. More changes are certainly coming for Twitter, but it remains to be seen how much change will stick. There is still value for most businesses in advertising on Twitter. Your business may even find more exposure as some big names leave the platform and create available space. It will be crucial to watch closely and be ready to pivot your Twitter presence and advertising dollars if necessary. 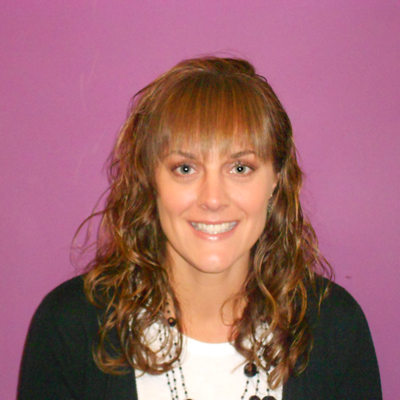 We use cookies or similar technologies. You can consent to the use of such technologies by closing this notice, by interacting with any link or button outside of this notice or by continuing to browse otherwise.